When I was younger I really enjoyed writing.  I would write short stories and scripts for no other purpose than to amuse myself.  These stories were mostly terrible but they were also practise and occasionally I would be able to see that there was a glimmer of something good within a particular set of badly formed far too long sentences. Ahem.  With further editing and honing the themes and ideas that were supposed to be present in the first draft would start to become coherently formed by the fourth or fifth.  I enjoyed the act of writing but it was all accomplished without any greater purpose.  Just for its own sake.  Also due to a lack of friends.

This was all pre-internet and the idea of sharing these stories with anyone else seemed completely horrifying. So these stories just got saved and forgotten about and then eventually lost along with the particular hard drive or floppy disk they were stored on.  Looking back I wonder what would have happened if I had shared those stories with someone?  I don’t even mean finding an audience – just a collaborator or a simple impartial voice who could give feedback.  It’s so easy now – to just publish online.  Not that there are many people who would bother to read entire stories published on a website by some unknown author - but merely knowing that something you have agonised over creating is now publicly available online is going to build your courage to produce more stories and make you work harder to produce better prose next time.  The mere idea of someone reading these words has made me re-draft the previous paragraph four times and this is a tiny food blog with three subscribers.  The fear of public condemnation is a powerful motivator.

So with the public engaging with your output you are forced to develop.  The eventual end result being a product.  As a writer you develop a style (be that good or bad).  You are known for your awesome schlock horror or depressing sonnets or these really amazing tri-fold brochures (I was into the tri-fold format way before it became commercial) and then if you find success, the easy thing to do is to start churning out the same thing over and over.  You find a formula and you stick with it.  This happens in a host of creative endeavours.  Film, TV, design – all can quickly become formulaic.  The impetus for change is stalled by their found success.

Restaurants are often something different.  The concept of sticking with a successful menu works for some facets of the food industry – but for any restaurant claiming seasonality or locally sourced produce, a constantly evolving menu is as inevitable as me burning my mouth on my first cup of Chinese tea.   For the past five years Attica has remained dedicated to developing new ideas but also to feeding people these new ideas as they are still occurring to them.  They are forcing themselves to create new dishes and then to test them as part of a complete, servable menu on the Tuesday of every week.

Akin to posting Mal Reynolds fan-fic on a Firefly forum, Attica are appealing to fans of fine food to come and consume their culinary creations, trying test versions of possible menu items.  However this would be Jane-Espenson-under-a-pseudonym quality fan-fic.  This food may be what the 63rd best restaurant in the world considers test creations but as they say themselves, it has taken 50 man/woman hours to prepare the dishes they will serve.  The ingredients may still be played with, taken apart, reassembled but you are presented with a finalised iteration of an inspired dish.

Below are pictures of the dishes we were served when we went.  I’m not sure what the point would be in describing them as they may never again be served – or at least not in the same form.  I’ll mention the highlights.


The prawn in shitake broth made me regret every over-cooked prawn in noodle soup I had ever ingested.  The shitake broth itself must surely become part of their menu – it’s too good to just be an experiment.


The dessert was a mix of sweet ‘milk jam’ (they were like soft, sweet mini dumplings) and bitter chocolate shavings made from a 100 year old recipe.  The combination was quite intense for a dessert and I guess could turn some people off.  The chocolate moves from deeply bitter to darkly cocoa whilst combining with the sweetness from the milk jam.  I ate the lot and scowled at the people next to us – one of whom didn’t even try it. 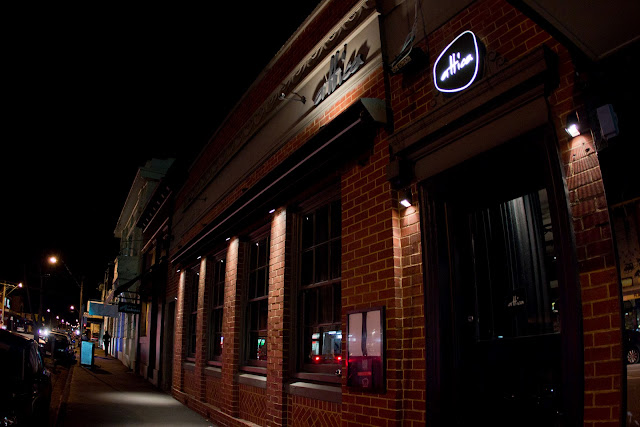 Attica’s Chef Table nights are feasts under-construction, to clumsily co-opt a Hemingway quote.   If the concept appeals to you then it is definitely an enjoyable way to while away a Tuesday evening.


- words by pisso | images by überjoi. 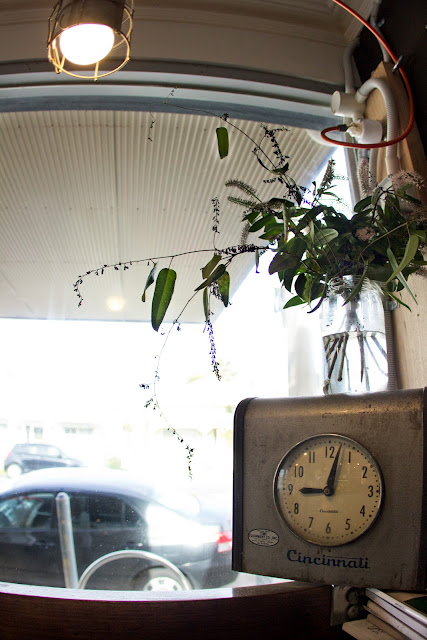 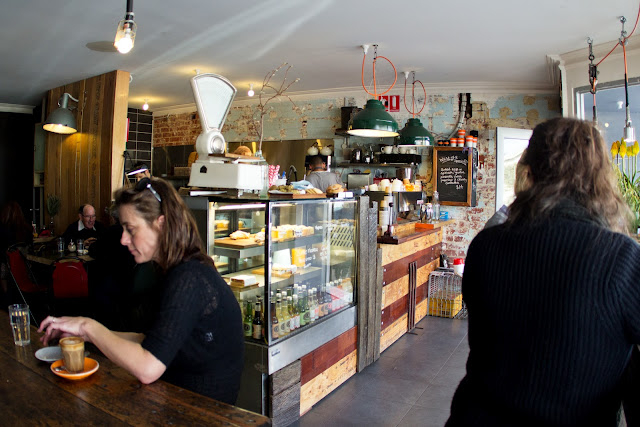 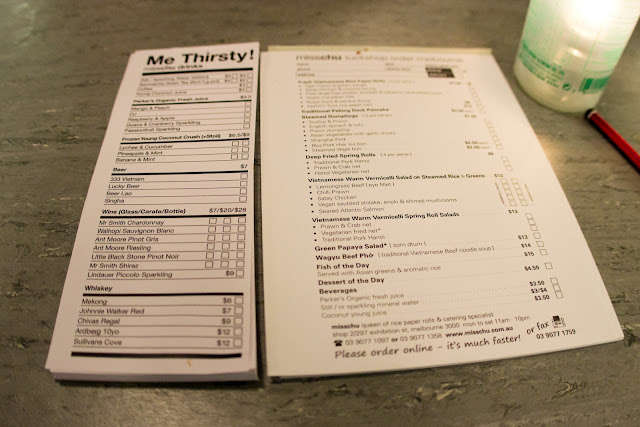 Posted by uberjoi at 4:07 PM No comments: 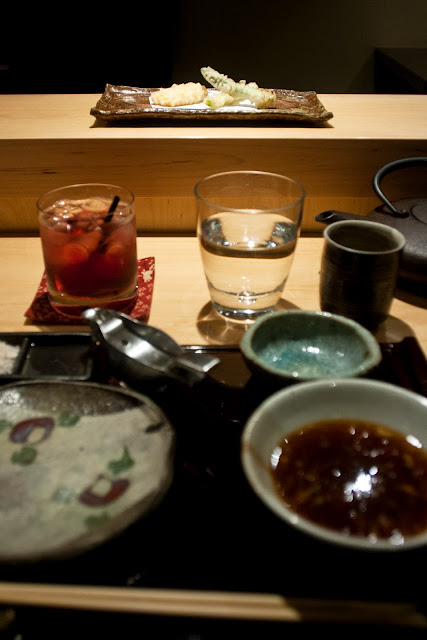 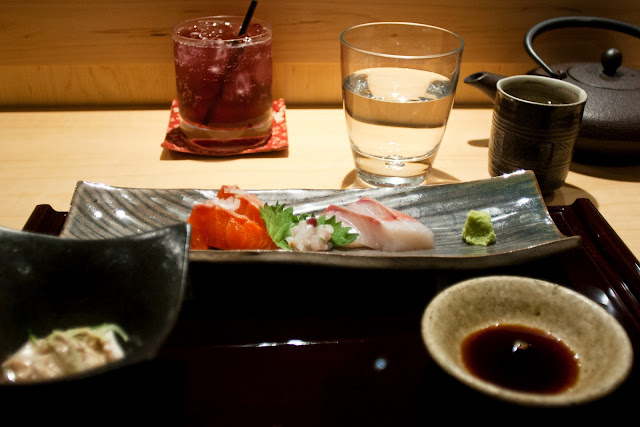 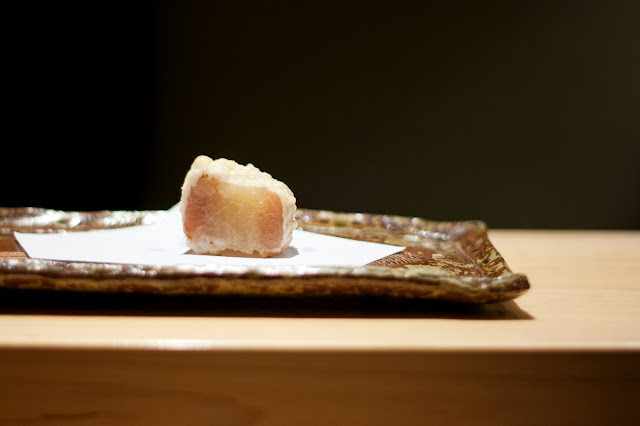 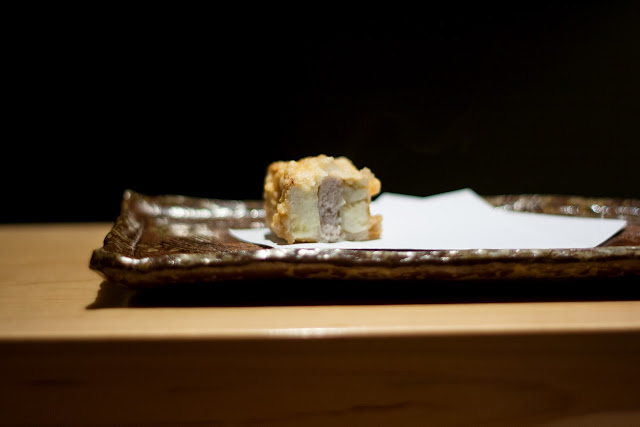 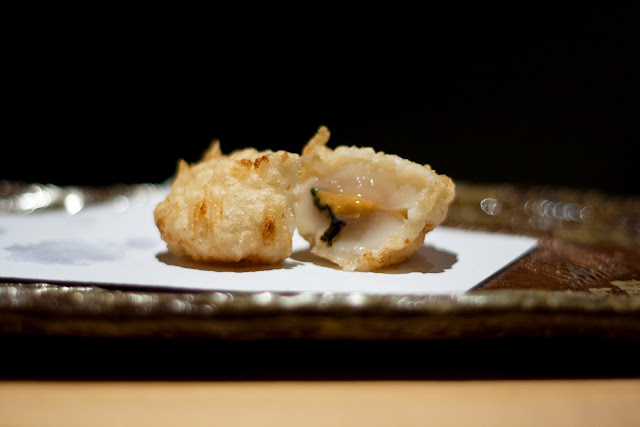 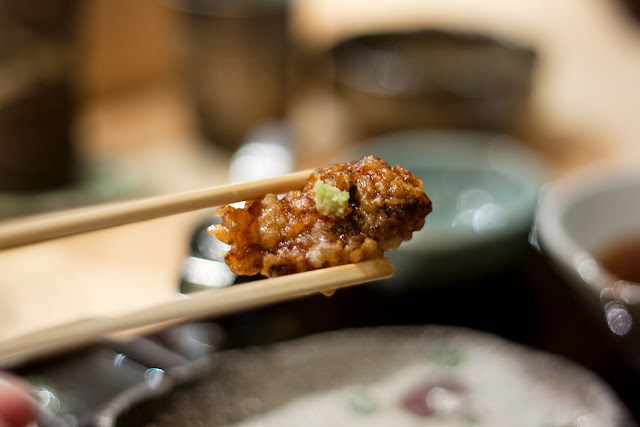 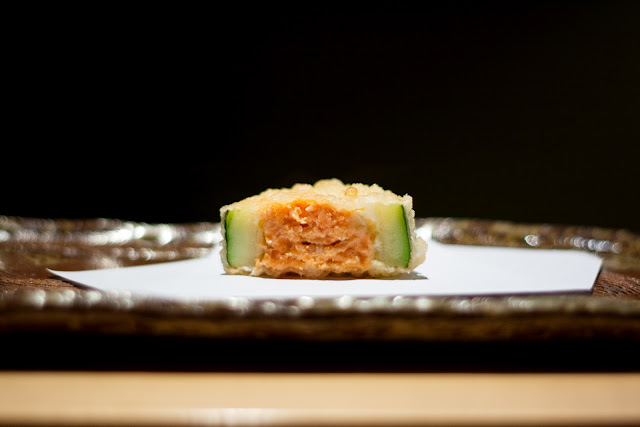 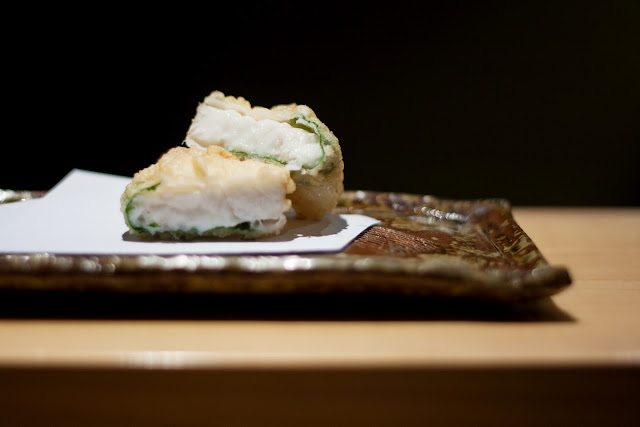 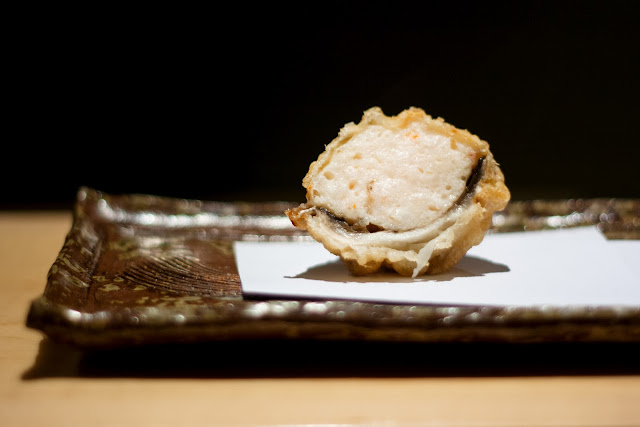 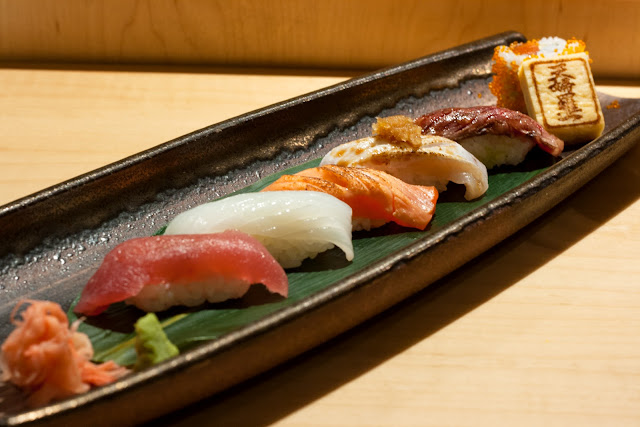