Most of our October was spent travelling around the US.  We had a pretty awesome time all up.  We got stuck in NY for Super Storm Sandy and I re-discovered the charms of being drunk at lunchtime.

Food, as always was a priority on the trip.  There were a lot of meal times and a lot of greasy, fried food ingested.  I’m kinda glad this food is not available to me on a regular basis - although I have started trying to re-create some at home.

Every holiday I go on there is always one place I never want to leave – somewhere I start looking in real estate office windows, trying to ignore reality for a little bit - forget the fact that we are only visitors.  New Orleans definitely made me want to give up reality for a little while.  One day we went to look at some of the walled cemeteries and ended the afternoon sitting in a small quiet bar, chatting with locals, drinking draft beer and eating fried shrimp.  Just completely marvellous and something I will romanticise for the rest of my life. 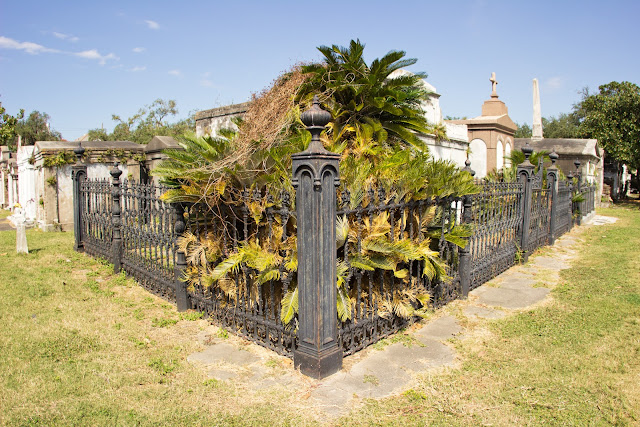 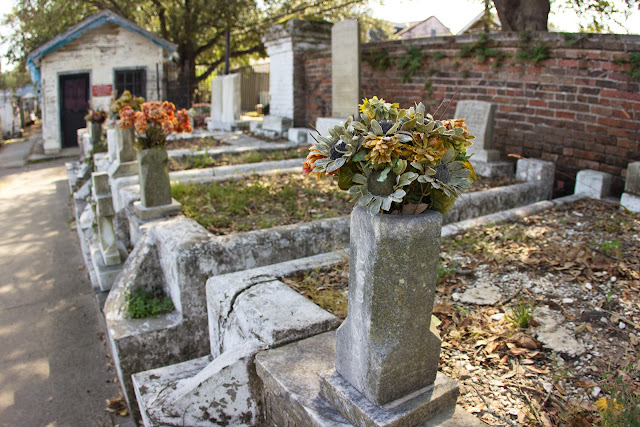 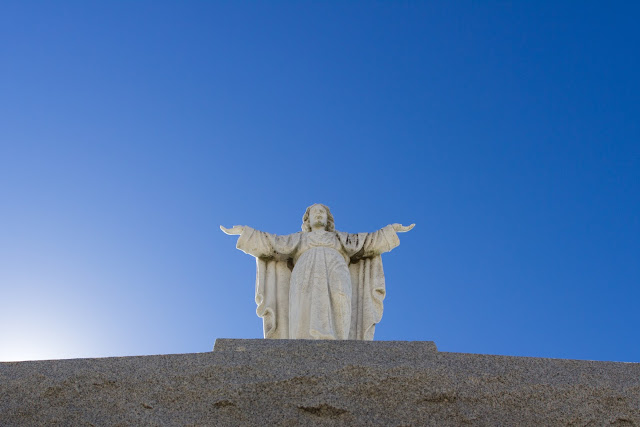 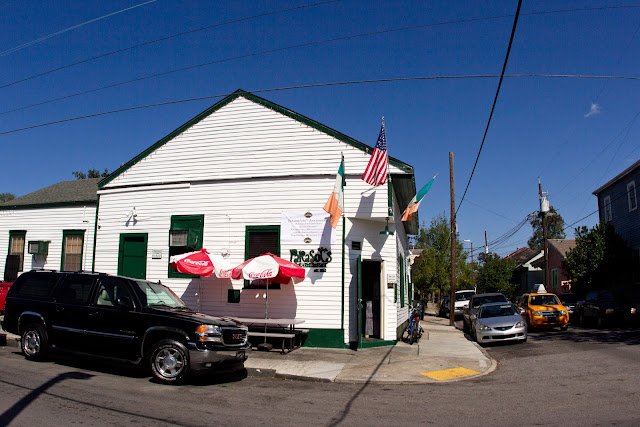 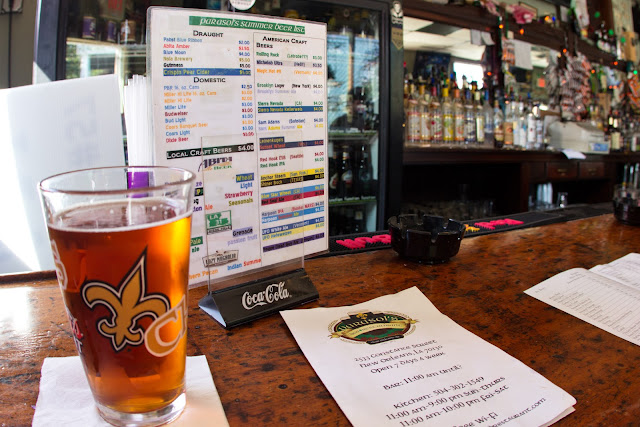 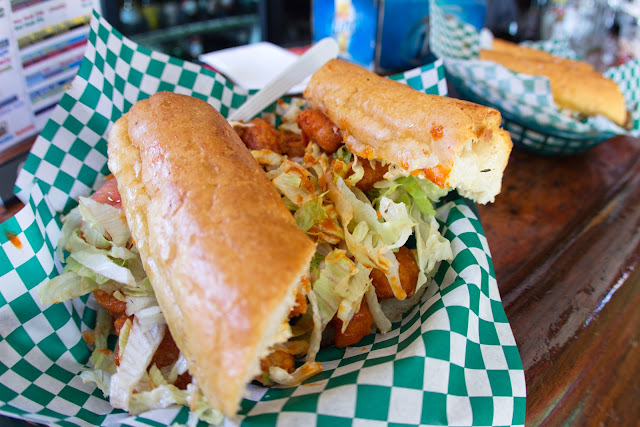 NOLA. The Big Easy. The Crescent City.  We saw a 7 foot transvestite giving traffic directions on Bourbon street (to imagine Bourbon St, think of a music festival without the music – just masses of people in various states of undress wandering drunkenly from place to place).  Ate po’boys with Ronald Lewis at the House of Dance and Feathers.  Got drunk at lunchtime.  We were there for three days and it was definitely not enough time.  This is a city that bleeds and cries music and culture and makes you believe you could become a part of it. Knowing that people are there right now and I am stuck in a grey silent office makes me deeply sad. 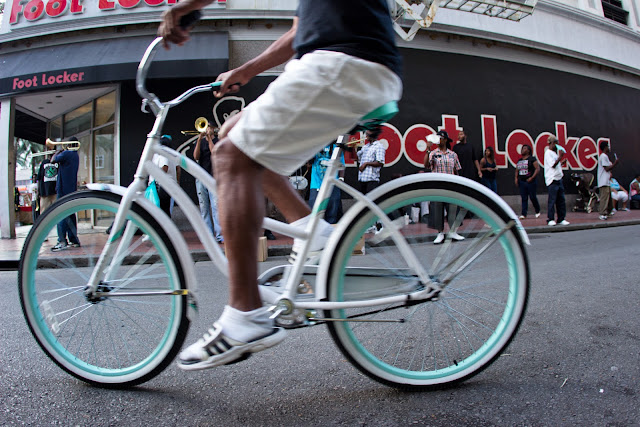 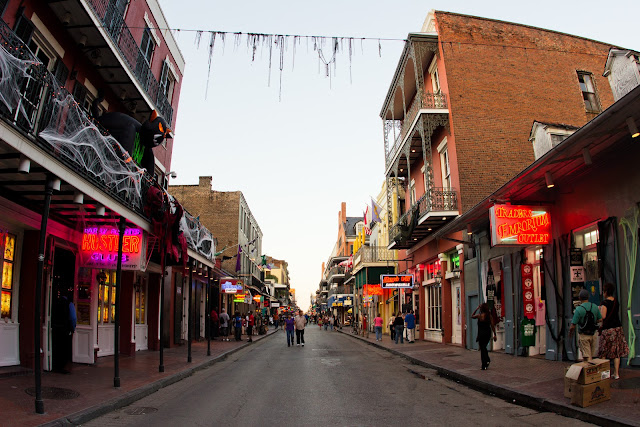 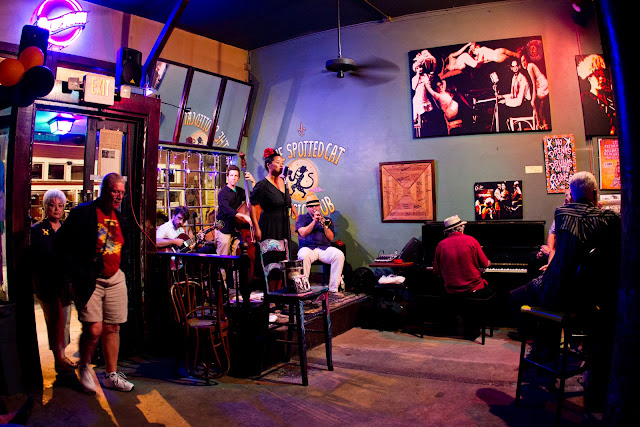 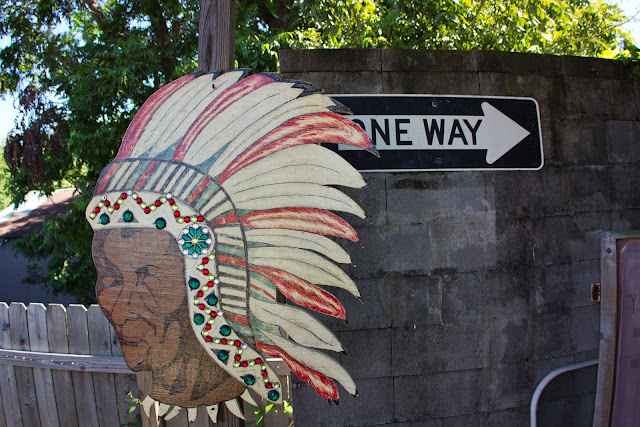 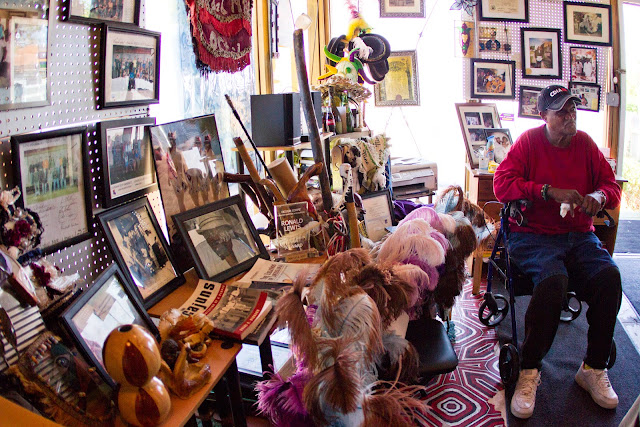 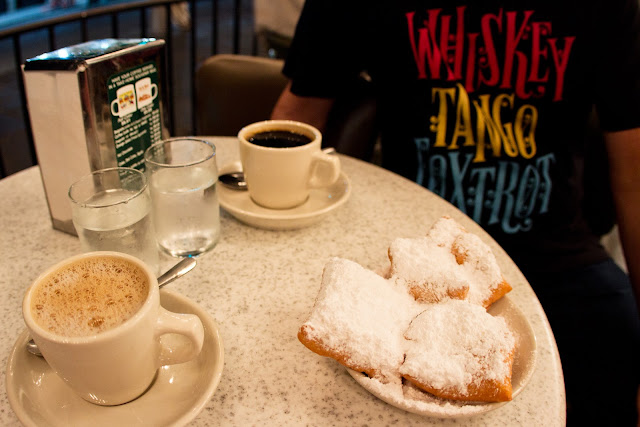 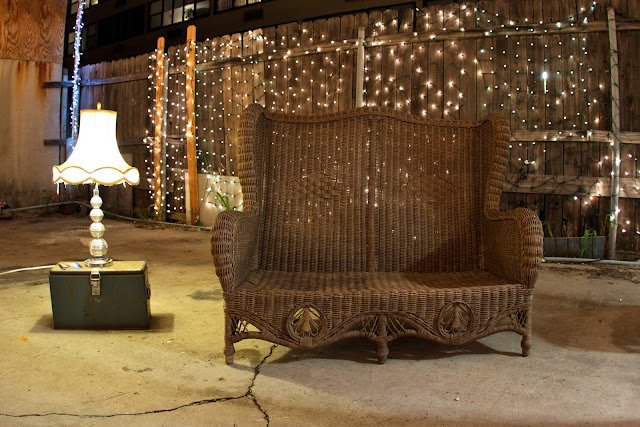 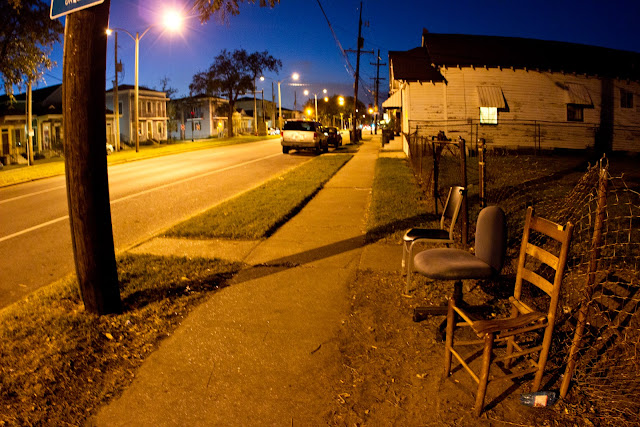 It is somewhere I have always wanted to go.  After Hurricane Katrina I was afraid that I had missed something; that the New Orleans I wanted to visit had been destroyed and it just wasn’t going to be worth going there.  It is true that I have missed something.  It is obviously a changed city.  But what is left and what has been re-built still has more warmth and life than most places I have visited.  New Orleans is somewhere I have dreamed of going since I was young and it was still able to live up to my expectations. 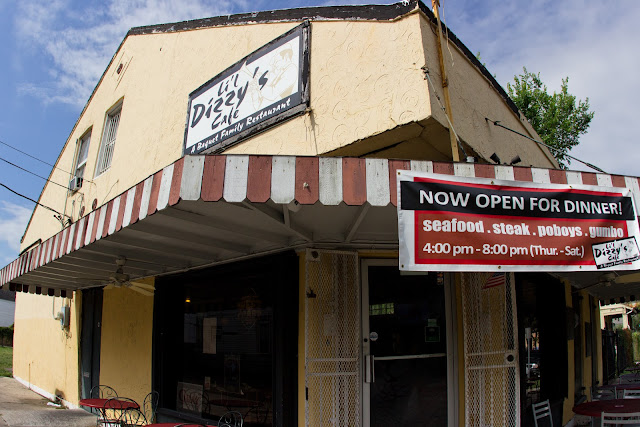 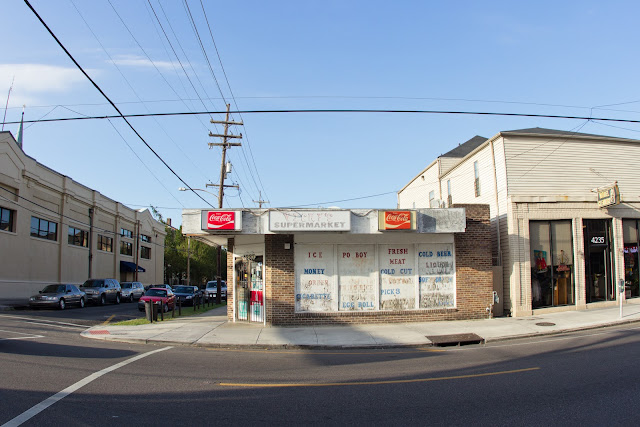 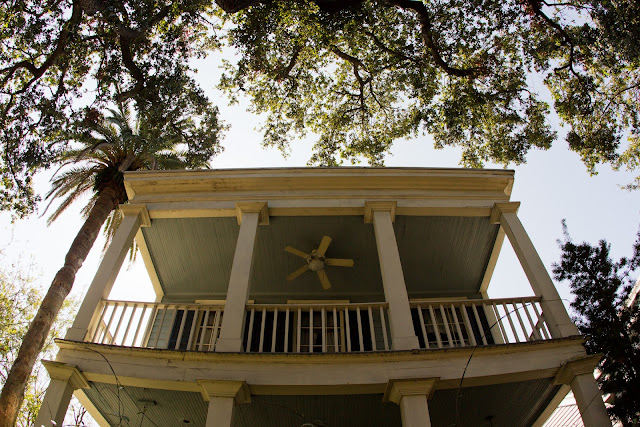 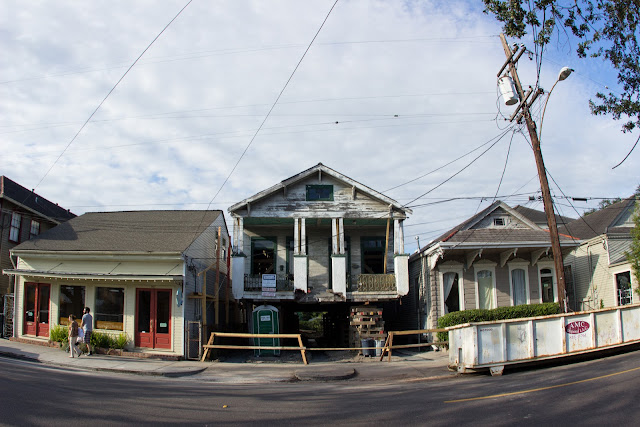 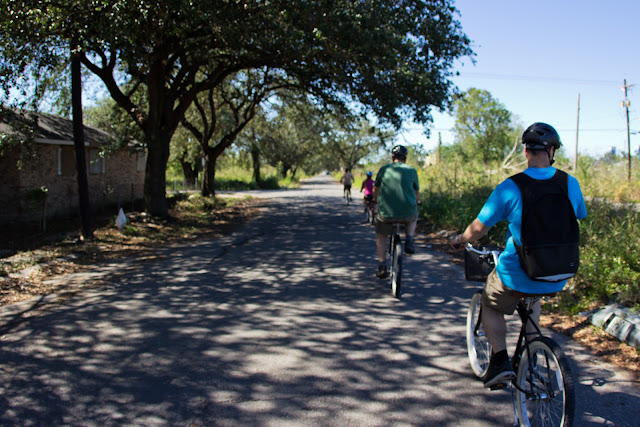 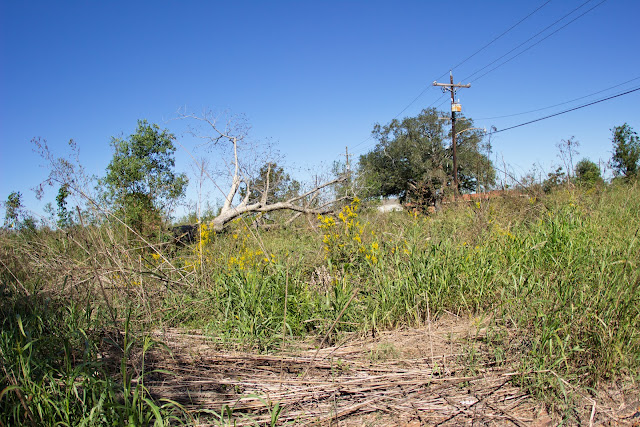 Our final meal in the city was at Cochon.

Cochon is part of a group of restaurants co-owned by cajun chef Donald Link.  Every blog and person we spoke to seemed to mention it like it was their duty to let us know it existed.  I figured there was no way we could get a booking so why even try?  But überjoi said we should at least head down there to see and I thought there would at least be something close by to go to after we failed - so we went.  We get to the door and ask and of course they say “Sorry there are no tables.” Which of course is what they were going to say.  “We can sit you next to the pass though?”  …sorry?

So we spent the next couple of hours staring into this beautiful, fiery, working kitchen, watching all of our dishes being prepared along with everything else.  It was exciting.  It was very exciting.  I guess I understand if you’re in a larger group, but when there are 2-3 of you – why wouldn’t you want to sit at the bar or the pass or whatever god damn space was available.  The fact that we had the best seats in the house and that they were the last to be filled just did not make sense to me.

The food was really, really good.  So good in fact we forgot to take note of what we were eating – so apologies for some of the photo descriptions being a bit vague.

The glazed bread was sweet and so, so soft.  Gumbo, collard greens, terrine, livers were all just great – but the standouts were the meat dishes.  The ribs with watermelon pickle (it’s the rind that gets pickled), the spicy shrimp and the pork belly special… Jesus. 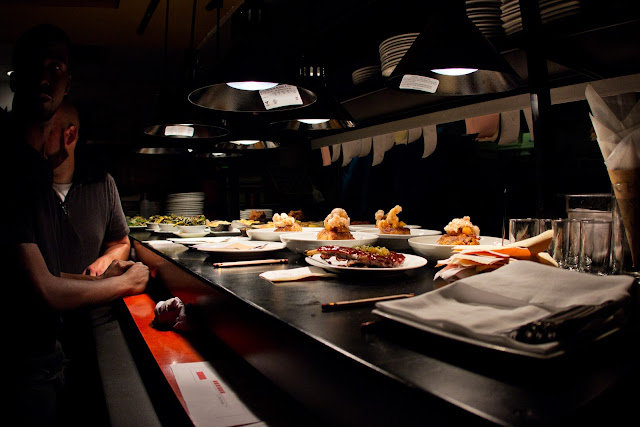 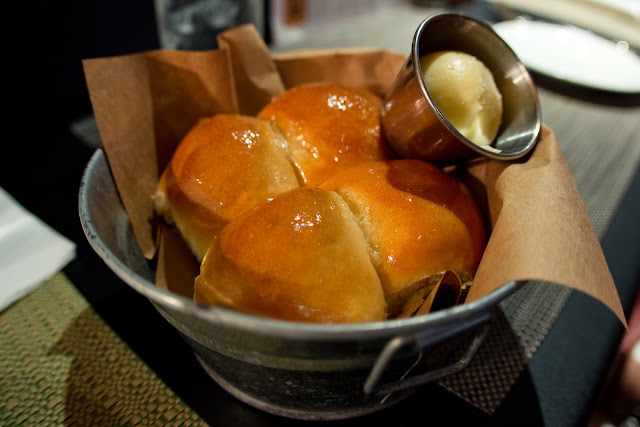 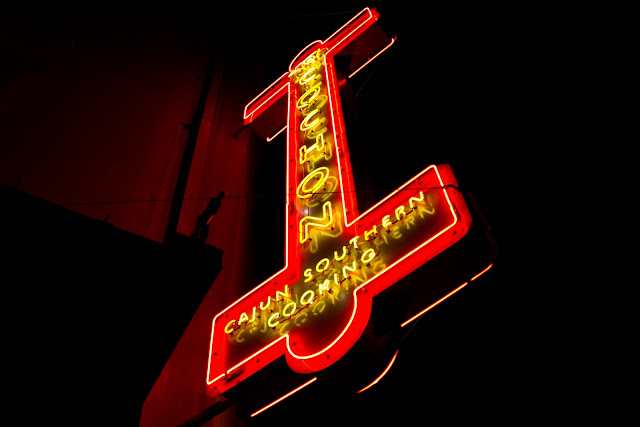 If Cochon opened in Melbourne they would be booked out for months in advance.  They could also charge double what they are charging in New Orleans.  For nine awesome dishes it was under $45 a head.  I had a few drinks to help it all down (and of course don’t forget to tip your waiter) but this is amazing food with almost unheard of value.

We took a long walk after dinner trailing our way back to the hotel opposite Armstrong Park.  I will return to New Orleans one day.  Perhaps for Mardi-Gras.  At least to see a second line.  The next stay will be for longer, making it all the harder to leave again.  The solution would be to never leave.