We somehow get stuck going to the same places again and again in Footscray.  There are almost more restaurants in Footscray than there are dealers on Leeds Street so we really do need to start diversifying a little.  ‘Oriental Charcoal BBQ’ has been trying to flag us down for a little while.

After going to Beijing in 2011 and seeing just how different the cuisine was in Northern China (nobody eats rice, everyone eats flat breads. Mutton is the main meat and most street food uses middle-eastern spices), it became that much more apparent that the vast majority of what we know as ‘Chinese food’ in Australia is really Cantonese food.  Szechuan is busily making up for lost time by stamping its fiery foot down around town and now here is a little outpost of more Northern style cuisine.

The pickled mildly garlic-y cucumber salad (which was pretty much tzatziki without the yoghurt) - while looking like a bowl of smashed cucumber was actually really tasty, with the cucumber retaining a good level of crunch.


The skewers all had pretty much the same coating of salt, pepper and cumin but each were very different in terms of overall flavour and texture.  The ‘BBQ beef tender’ is actually BBQ beef tendon –very thinly sliced and quite chewy.  The chicken giblets were also similarly chewy and quite rubbery.  We had to try them but probably I’d just order more of the lamb skewers next time.  The lamb was cooked really well and had a nice amount of fat, which added a lot of flavour.


The egg, pork and black ear fungus stirfry was überjoi’s selection.  It was maybe a little oily but had a really nice flavour to it. 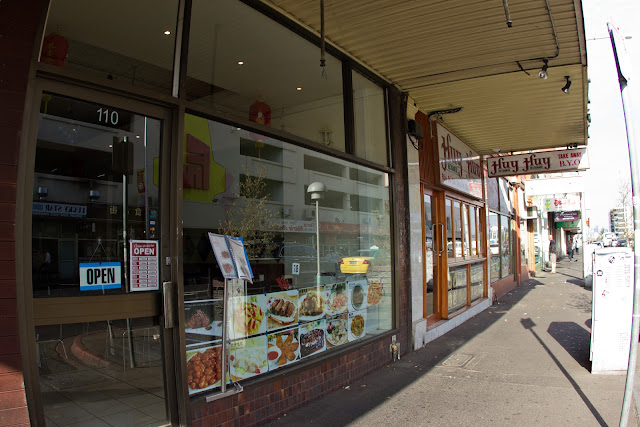 The menu was quite extensive and there were a few more items I would definitely try out.  There was enough promise in what we ordered to warrant a return visit so OC BBQ gets the thumbs up for now.